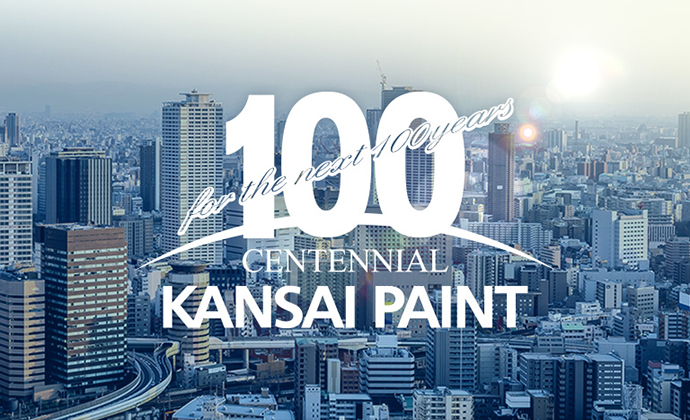 Kansai Paint Philippines Inc. or KPPI is proud of its tradition and heritage, guided by our mother company, Kansai Paint Japan, Ltd. and over two decades of experience in the Philippine market. As you begin your career in KPPI, it shall be your responsibility for you to fully understand and assimilate the policies and guidelines that define the way that we conduct our business, and it is important that you always refer to this handbook.

This handbook is provided for all KPPI employees to guide you as you begin your career in this company, as well as through the rest of your tenure as an employee and representative of KPPI. Along the way, there may be changes and updates implemented on this handbook, therefore it is also necessary to keep yourself updated by regularly referring to the Human Resources Section or the management.

Kansai Paint was founded in Amagasaki, Japan, in 1918 by Katsujiro Iwai. A native of the Kyoto region, Iwai had moved to Osaka around the start of the 20th century, where he started his career as a merchant and trader. Iwai soon became an active proponent of Japan’s early efforts to develop its own industrial base. This policy sought to reduce the country’s reliance on imported goods, while stimulating the growth of the national economy. By the beginning of the 1920s, Iwai had become the driving force behind the creation of six industrial companies, including Kansai Paint.

Kansai Paint, like Iwai’s other businesses, struggled through the economic instability that marked Japan in the 1920s and 1930s. Yet by 1926, Iwai had launched its first true product, CELVA, the first lacquer paint to be developed in Japan. The new product established Kansai Paint as a force to be recognized in the Japanese paint market, and by 1933, the company had opened an office and factory in Tokyo.

The company resumed growth in the postwar period, opening a new headquarters and primary plant in Osaka in 1950. In the next decade, Kansai launched a new expansion of its production capacity, opening a plant in Hiratsuka in 1960 and in Nagoya in 1961. In 1965, Kansai boosted its research and development by opening a new facility in Hiratsuka, helping Kansai emerge as one of the leading innovators in the paint and coatings industry.

By the mid-1960s, Kansai Paint begun to establish itself as a leading player in the international paint and coatings market as well. The company established its first foreign operation in Singapore in 1965, followed by Thailand in 1968. A plant in Kanuma, Tochigi Prefecture was established in 1971, and back to its international expansion, entered Hong Kong in 1974. In 1983, Kansai forged a partnership with India’s Goodlass Nerolac Paints, and Japan’s Nihon Tokushu Toryo. By the mid-1980s, the company added a subsidiary in Taiwan, in another joint venture formed in 1985.

Kansai Paint continued its record of innovation as well. The company developed a new water-based, air-drying synthetic in the early 1970s, which was launched commercially as ASCA in 1974. This was followed by Fantac, a marking film, released in 1985. The following year, Kansai Paint launched a photoresist for printed circuit boards, called Sonne Eduv. By then, the company had begun construction on a new color research laboratory in Hiratsuka, which opened in 1986, which later took the name of Color Designing and Development Laboratory.

Continuing its international expansion, the company entered the North American market in 1987, launching its Kansai Paint (America). The following year, the company entered South Korea, forming the KDK Automotive Coatings joint venture; also that year, the new global brand ALESCO was launched. Back in the United States, Dupont acquired the production technology and marketing rights in North America and Europe to Kansai’s Sonne Eduv product in 1989, and in 1990, Kansai formed a joint venture with Dupont to develop automotive coatings for the US market. In the same year, Kansai entered the European market directly, opening a subsidiary in the United Kingdom.

In the early 1990s, Kansai turned towards the rapidly expanding Chinese market, starting with its first production subsidiary there in 1992, in a joint venture facility located in Tianjin. Kansai continued to expand in this market, launching a new joint venture in Shenyang in 1994, followed by a second production facility in Tianjin, the Tianjin Beacon Kansai Paint & Chemicals Co. in 1994. Two more joint ventures were established that year, Chongqing Kansai Paint Co., and Hunan Kansai Automotive Coatings Co., located in Changsa.

Meanwhile, Kansai has also been working on its growth elsewhere. The company opened its new Ono factory in Japan in 1992, then built an automobile refinishing center in Hiratsuka in 1994, while a second refinishing center in Amagasaki was formed in 1998. Abroad, the company expanded its operations in Thailand by founding a new subsidiary, Kansai Resin (Thailand) Co. in 1996. The Malaysian market was also penetrated through its Singapore subsidiary, setting up KPS Coatings (Malaysia) Sdn. Bhd. in November 1995. In 1997, the Philippine trading company was opened; and back in Japan, Kansai added two more facilities before the end of the century, opening its Technology & Products Development Laboratory in Hiratsuka and its Technical & Business Office in Tokyo in 1999.

Kansai Paint Philippines, Inc. uses ALESCO as brand name, concentrating on automotive, motorcycle and industrial paints that range from water based to solvent based types and from air dry to high baking types. The products can be applied to, depending on its design, from metal substrates like aluminum, SPCC and the like, to plastic substrate like ABS, Nylon, and PP. The paints for metal use the names Magicron, HS-60, Elecron, Acryka, Pyrosin, and Aquazol; while paints for plastic use the names Retan and Ureall. Paints for auto-refinish painting usefall under the names Retan and Acric EZ.

In May 2017, the company expanded its sales and marketing efforts by including decorative paints and protective coatings into its roster of products.

Presently, KPPI is looking into growth and expansion, both in its sales and operations.

We are the highly preferred provider of quality paint products and services driven by growth and innovation. 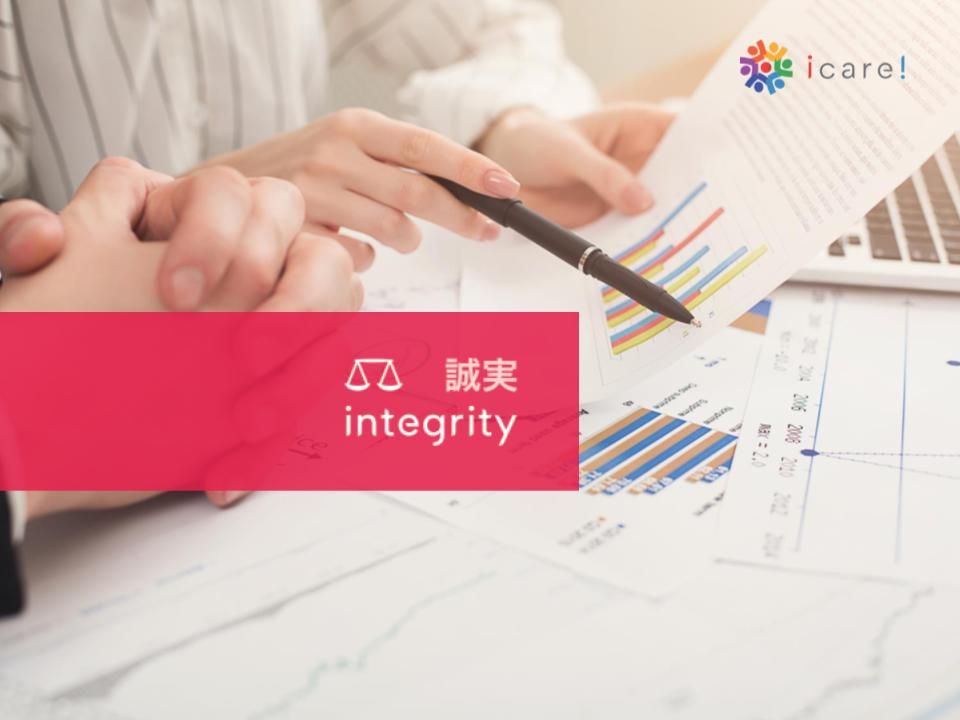 We are the highly preferred provider of quality paint products and services driven by growth and innovation. 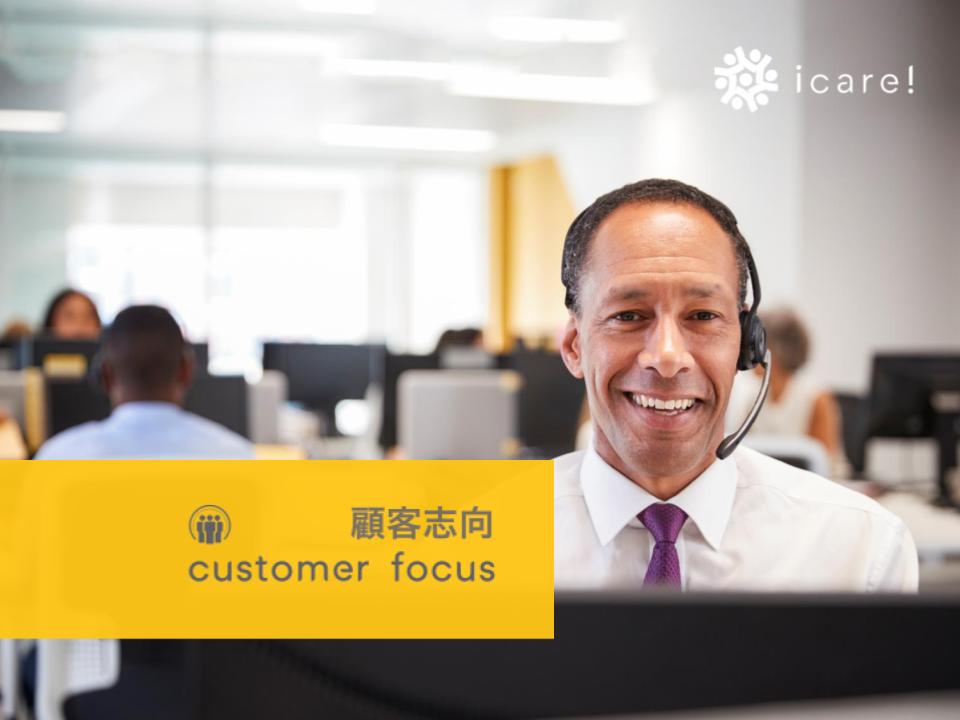 We continuously strive to understand and exceed Customer expectations. 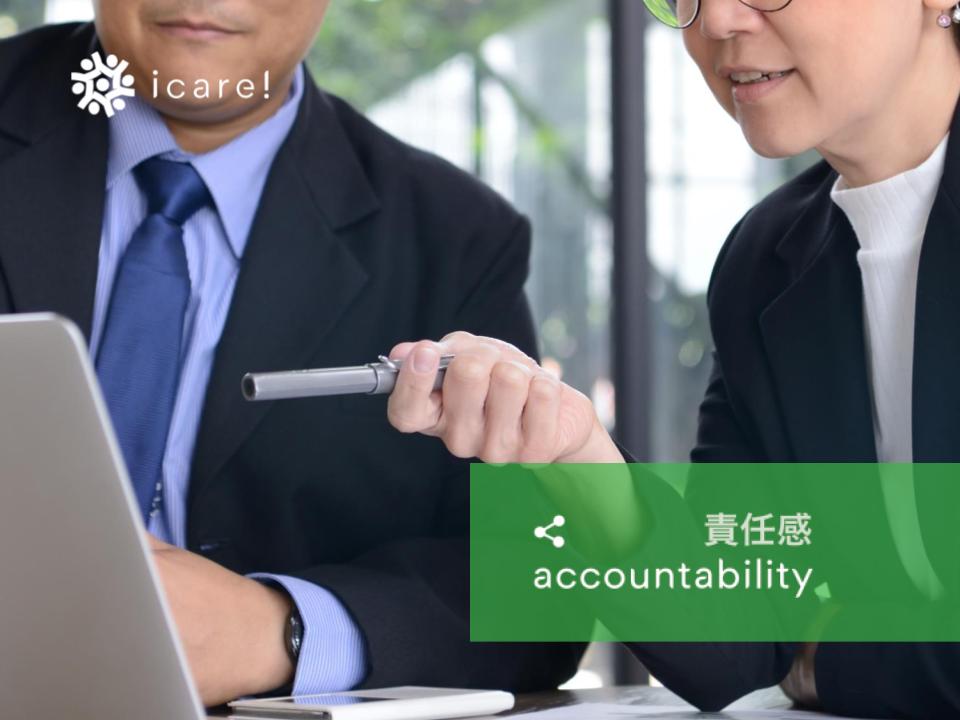 We encourage organization members to take responsibility for their own actions and decisions, show commitment to all stakeholders, and accomplish work in an appropriate and efficient manner. 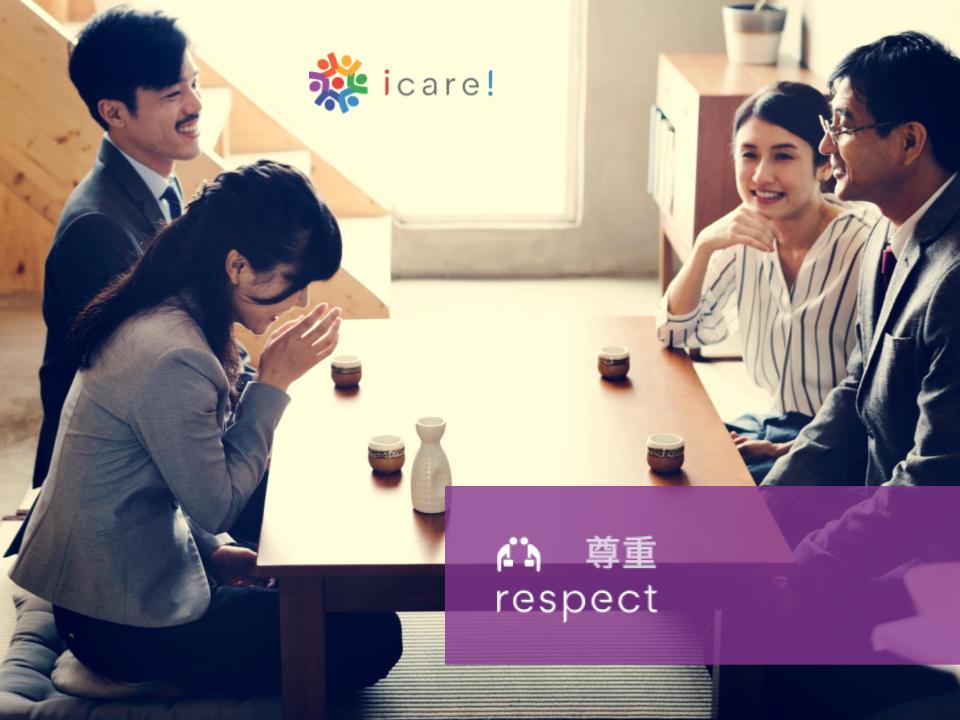 We respect diversity and embrace cultural and individual characteristics of organization members, customers and communities by showing empathy and understanding the viewpoints of distinct beliefs, philosophies and cultures. We encourage and foster and environment of learning, teamwork and cooperation, that enables the development of all organizational members. 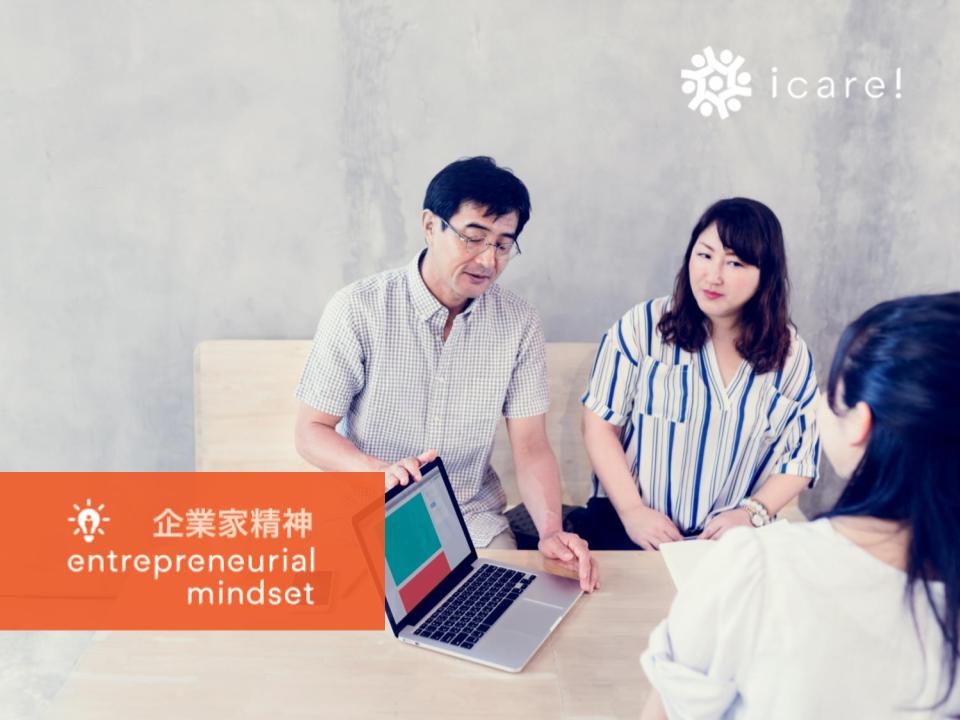 We facilitate the emergence of entrepreneurial ideas that have a long-term perspective, originality in thinking, and practicality of execution, taking responsibility to see these ideas through, with ownership at all times. We shall continue contributing to People and Society by providing sustainable value to all stakeholders. 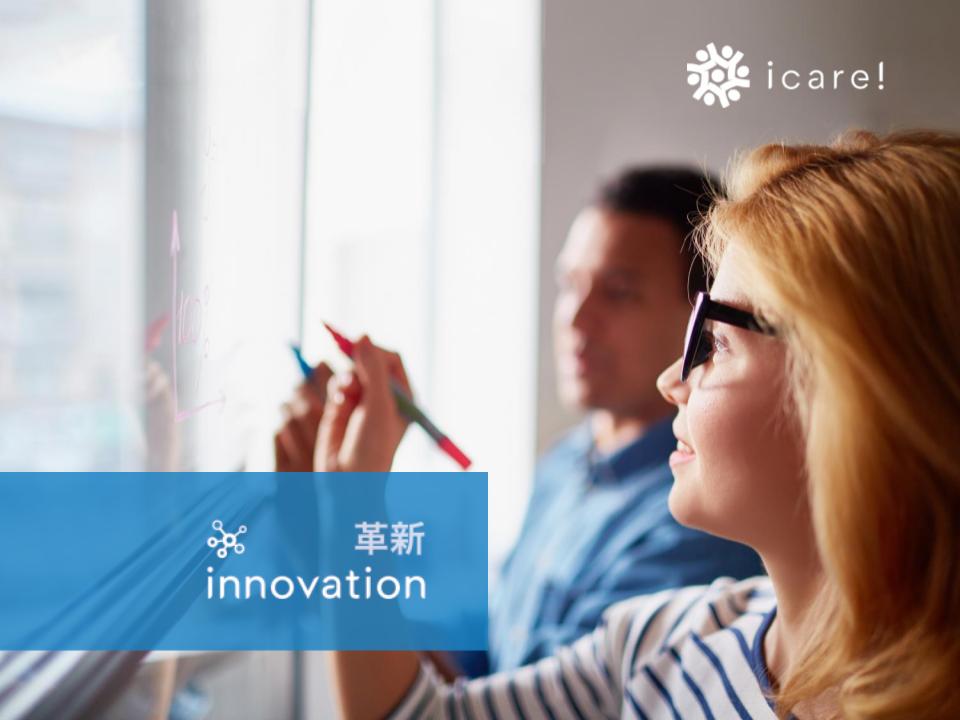 We pioneer innovation by engaging our collective wisdom and knowledge to create new value proposition, and continuously strive to generate original and novel solution for products, services, and work processes. We experiment in different and groundbreaking ways to deal with value-creation opportunities of challenges, through a deep understanding of the issue at hand.